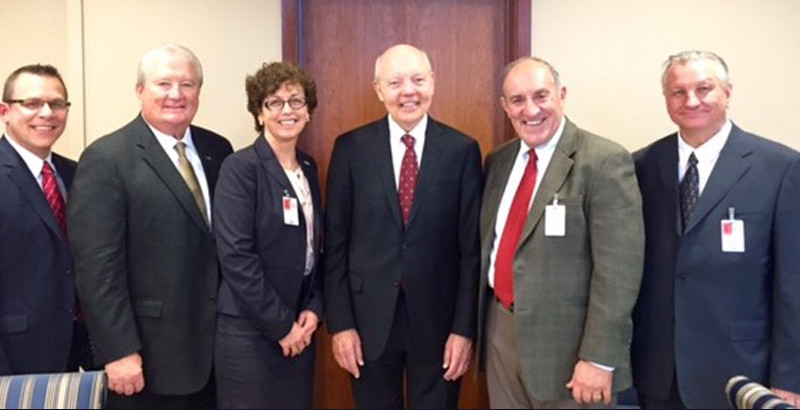 The de minimis threshold in the tangible property regulations was raised Nov. 30, 2015, from $500 to $2,500 as a result of a meeting with IRS Commissioner John Koskinen and the NSA Executive Committee led by NSA President Kathy Hettick.

The NSA contingent informed the Commissioner about the significant extra work that small business would have to undertake just to comply with the unreasonably low $500 limit. Ms. Hettick also pointed out that many practitioners have already scheduled year end tax planning meetings with their clients during which equipment purchases – and the tax consequences of such purchases – would be a major topic of conversation.

The Internal Revenue Service on Nov. 30, 2015, simplified the paperwork and recordkeeping requirements for small businesses by raising from $500 to $2,500 the safe harbor threshold for deducting certain capital items.

The change affects businesses that do not maintain an applicable financial statement (audited financial statement). It applies to amounts spent to acquire, produce or improve tangible property that would normally qualify as a capital item.

The new $2,500 threshold applies to any such item substantiated by an invoice. As a result, small businesses will be able to immediately deduct many expenditures that would otherwise need to be spread over a period of years through annual depreciation deductions.

“We received many thoughtful comments from taxpayers, their representatives and the professional tax community, said IRS Commissioner John Koskinen. “This important step simplifies taxes for small businesses, easing the recordkeeping and paperwork burden on small business owners and their tax preparers.”

Responding to a February comment request, the IRS received more than 150 letters from businesses and their representatives suggesting an increase in the threshold. Commenters noted that the existing $500 threshold was too low to effectively reduce administrative burden on small business. Moreover, the cost of many commonly expensed items such as tablet-style personal computers, smart phones, and machinery and equipment parts typically surpass the $500 threshold.

As before, businesses can still claim otherwise deductible repair and maintenance costs, even if they exceed the $2,500 threshold.

For taxpayers with an applicable financial statement, the de minimis or small-dollar threshold remains $5,000.

Further details on this change can be found in Notice 2015-82.