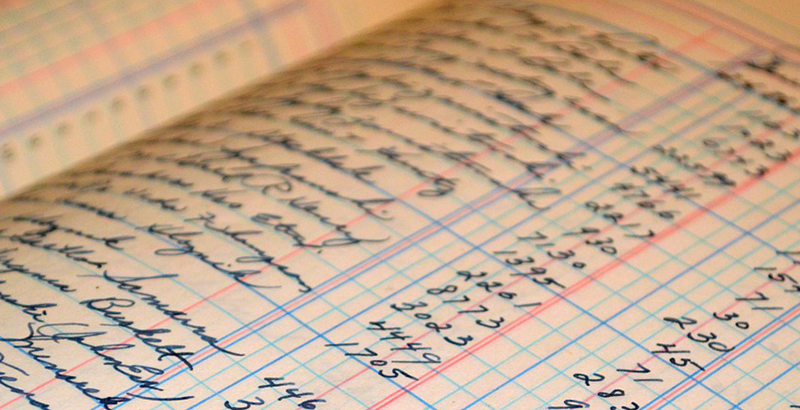 It should be noted that since 2009, every professional standard that an accountant might use has changed.

Going back thousands of years to the Mesopotamian civilization, one can find evidence of the language of accounting. Probably bookkeepers/scribes appeared during this period. Before 2000 BCE civilizations were in a barter or trade system.

In the 15th century, an Italian monk/mathematician, Luca Pacioli, restructured the bookkeeping of that time; and this was the beginning for modern accounting. Pacioli published a textbook, “Summa de Arithmetica, Geometria, Proportioni et Proportionalita” in 1494.

In America, bookkeeping arrived with the European settlers. With trading companies and railroads, the need for sound information changed bookkeeping into accounting. The need for qualified accountants was further highlighted by the creation of the “income tax” in the United States.

In 1890 the adding machine came along and increased the accountant’s efficiency. In 1952 IBM developed the first computer which gave accountants even greater efficiencies.

1854    Accountants Association of Edinburg and Glasgow organized by Royal charter

1867    Accountants Association of Eberdin got a Royal charter

1880    Several registered associations of Liverpool, London, and Manchester formed The Institute of Charted Accountants of England and Wales

The 1929 stock market crash prompted the U. S. government to grant authority to the SEC to set accounting standards. The SEC delegated this responsibility to the private sector auditing community.

In 1959, the AICPA created the Accounting Principles Board (APB). In 1973, the APB was replaced by the Financial Accounting Standards Board (FASB). The results of the deliberations of the FASB and the APB made up the generally accepted accounting principles. In July of 2009, the FASB released the Accounting Standards Codification (ASC) which was the result of over five plus years of work by the FASB to pull all GAAP together in one authoritative work for the U. S. GAAP is not law, however.

As GAAP has developed and risen in importance, so has generally accepted audited standards (GAAS). A White Paper from the AICPA entitled, “Evolution of Auditing: From the Traditional to the Future Audit” sets out some key developments in the history of auditing in the United States.

In the U. S., the Industrial Revolution and expanding businesses impacted the need for auditing methods and practices. The Securities and Exchange Act of 1934 started the Securities and Exchange Commission. The SEC was responsible for enforcing the use of accounting standards and auditor compliance for public companies. An example of this was the requirement for auditors to inspect inventories and confirm account receivables per the AICPA’s Statement on Auditing Procedures (SAP) no. 1 in 1939, which was a result of the McKesson & Robbins case in 1939.

In 2002, the Sarbanes-Oxley Act (SOX) brought many changes to the face of audits. It was after SOX that the auditing standards were separated into issuing entities (public companies) and non-issuing entities (private companies). After SOX, the Public Companies Accounting Oversight Board (PCAOB) was established and put out the auditing standards for the public companies. The ASB of the AICPA handled the standards for the nonpublic entities.

In 2004, the AICPA started its Clarity Project to help with understanding of the Generally Accepted Auditing Standards (GAAS). The idea was to make the standards easier to read, understand, and apply. With the release of Statements on Auditing Standards (SAS) 122 – 124 the Clarity Project was essentially complete. After that any SAS issued had undergone the improvements that the Clarity Project had intended. The project was declared completed with the release of Statements on Attestation Engagements No. 18 in 2017.

Until 1971, the accounting world had two indicators of work performed, audited and unaudited. In 1971, the judgement in 1136 Tenants’ Corp v. Max Rothenberg & Co. made it clear that the unaudited side of accounting needed some assistance. This assistance came in the form of the Statements on Standards for Accounting and Review Services (SSARS).

SSARS 1, Compilation and Review of Financial Statements was issued in December 1978. Many revisions to SSARS 1 followed, but it was not until SSARS 21 was issued in 2015 that questions on accounting and review services were answered. Yet even today many have questions on the services performed by accountants.

GAAP, GAAS, SSARS, and tax laws and rules are a major part of the accountant’s world. However, one of the more important set of standards is our ethics. The AICPA’s ethics have been rewritten and recodified in a revised Code of Professional Conduct. Most states have adopted all or part of this Code of Professional Conduct into the state laws and rules as requirements for accountants. The accounting profession has seen new standards and changes in Attestation, Quality Control, Peer Review, and most important to many accountants, the changes in tax laws, rules, and ethics.

To paraphrase a very smart person a few years ago, 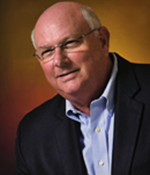 Pat Patterson is an award winning, nationally recognized author, speaker and discussion leader for continuing education courses and numerous state societies. He has experience at the local and national CPA firm level and as an adjunct university professor.

Patterson holds an MBA from the University of North Florida and is a CPA with Patterson CPA Group, Inc.

His firm provides accounting, consulting, and tax preparation services. The AICPA has recognized the firm for work in the “virtual office” field.

Patterson is a member of the AICPA Council, the FICPA Board of Governors, as well as numerous other committees and sections, and is a member of the FICPA Educational Foundation Board of Trustees. He has been named an FICPA Outstanding Discussion Leader and has received the FICPA’s Writing Excellence Award. He has also received the New York Society of CPAs’ Distinguished Discussion Leader Award.