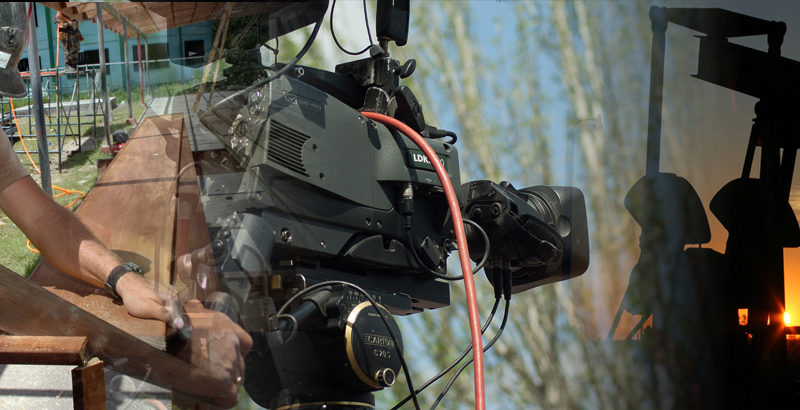 This specialized deduction is easily overlooked but can be a material benefit to your clients. Taxpayers who work more closely with their advisors can maximize the deduction.

The Section 199 deduction is claimed on Form 8903, the instructions of which estimate the time to learn about the deduction and complete the form at almost two days not counting recordkeeping time for the client or the accountant. So when the deduction is an issue for a particular client, keep in mind that the materiality and complexity are such that it may even affect the tax professional’s fee quote.

Accountants should also be advising clients on the type of recordkeeping needed to establish the domestic production activities deduction, DPAD. Consideration might also be given to the client using separate entities, one for qualifying activities and another for non-qualifying revenue, as a means of establishing a clearer path to measuring this important deduction.

This tax benefit focuses mainly on U.S. sellers of personal property and isn’t aimed at benefiting pure service providers. But service providers may be part of the process and qualify as part of the framework that benefits from this special deduction. Also, there are aspects of the real estate industry that qualify. Those who benefit from the deduction are a broader class than one might think from some brief summaries of the provision. As usual, it is up to the tax professional to dig into the details of the rules and relate them to their clients.

The DPAD is generally 9% of qualified production activities income but subject to a couple of important limitations based on income and wages.

The deduction cannot exceed 9% of taxable income, or adjusted gross income if an individual. So decisions about maximizing other deductions that reduce AGI can negatively impact this deduction.

Another important limitation is that the deduction cannot exceed 50% of wages, including flow-through wages from partnerships or other flow-through entities.

The deduction is relatively significant. Over the years, the deduction has grown. The percentage deduction wasn’t always as high as the current 9%.

There are special adjustments for oil-related taxpayers.

Married taxpayers combine their figures on one Form 8903.

The rules are generally applied at the shareholder or partner level, but certain S corporation and partnership make calculations and allocations at the entity level. ( Instructions to Form 8903, p 1-2.)

The deduction isn’t per se subject to a cap, a maximum amount. Both small and large taxpayers can benefit. The law aims at providing an across-the-board incentive, tax relief rather than, as is often the case, providing relief for smaller taxpayers.

The deduction is aimed at increasing business activity whether sales are going to U.S. or international customers.

If a net operating loss is incurred in a particular year, the taxpayer wouldn’t have a DPAD in that year. This is because it is necessary to have positive adjusted gross income in the case of an individual, or taxable income in the case of a corporation, for there to be DPAD. But a net operating loss carrying to another year may affect the DPAD in such year. For example, it may reduce the 50% of AGI limit for an individual.

The basic idea for qualifying receipts is the sale of U.S. produced goods. The “production” in the title doesn’t limit the deduction to manufacturers.

The concept of U.S. produced goods isn’t as strict as one might anticipate.  In general, there needs to be significant U.S. production but the rules are generally fairly liberal if there is an admixture of U.S. and foreign production activities. (Regs. 1.199-3(g)(3).

In measuring domestic production gross receipts, the distinction is item by item, not division by division, etc.  But there are such practical rules as allowing the taxpayer to treat all sales as qualifying if less than five percent are considered non-qualifying.

Qualifying income isn’t necessarily limited to outright sales but also encompasses income derived from “any lease, rental, license, sale, exchange, or (generally) other disposition …” of qualifying production property, as well as derived generally from construction activities as well as engineering and architectural services performed in the U.S. related to constructing real property in the U.S. (Regs. 1.199-3(a).)

Leasing or licensing to a related party doesn’t ordinarily qualify but there are exceptions when the related party in turns rents, etc. to an unrelated party. (Regs. 1.199-3(b).)

Construction activities don’t require ownership of the property as is true, for example, of someone selling personal property. Such costs as landscaping and painting may not qualify as “construction.” (See Regs. 1.199-3(m)(3).)

Generally not qualifying are the sale and lease of land.

Advertising and product placement fees generally do not qualify, subject to some exceptions.

Another requirement is the income must be from a trade or business, such that sporadic activity may not qualify; similarly, hobby loss income doesn’t qualify.

The goal is to encourage U.S. production, and sales foreign or domestic count for purposes of this special deduction.

It includes construction activities in the U.S., including not only building but renovation of residential and commercial properties. It includes engineering and architectural services related to such construction.

It includes sound recordings. A film qualifies if 50% of the compensation paid to actors, production personnel, directors, producers is in the U.S.

In general, income from the sale, lease, other disposition of software developed in the U.S. qualifies, whether the software is purchased off the shelf or there is a download from the internet. On the other hand, the following don’t qualify: fees for the on-line use of software, fees for computer support, on-line services, fees for customer support, fees for phone services, and fees for playing computer games on-line. ((Regs. 1.199-3(e)(5), Example 8, 1.199-3(i)(6)(ii).)

Attaching items to a building doesn’t necessarily cause such items to lose their status as personal property whose sale constitutes qualifying income; e.g., machinery and signs attached to the building.

If no wages are paid, there is no deduction, so a sole proprietor with no employees doesn’t qualify.

There are some variations in measuring wages and choices of method that sum different boxes from the W-2.

The calculations basically involve determining the W-2 wages then the portion of such wages allocable to domestic production gross receipts.

There is a small business “simplified overall method” that can be used to measure other expenses and losses as well as the cost of goods sold. (See Regs. 1.199-4(f).)

The simplified overall method basically allocates based on relative gross receipts. The regulations also contemplate a “simplified deduction method” which contemplates a similar allocation based on gross receipts but that term excludes cost of goods sold. (Regs. 1.199-4(e).)

So there are efforts toward simplification and making the deduction more readily available, but the instructions to Form 8903 also discuss using statistical sampling methods, which is to say some efforts at quantifying the deduction may get quite complicated.

Conclusion: Plan for the Deduction

The nature of the deduction is such that the taxpayers who work more closely with their advisors are the ones more likely to benefit.

It is generally suggested that interim discussions and projections take place a few times during the year so that the different components, such as projected taxable income or adjusted gross income and/or limitations based on wages, may be understood and managed to the client’s best tax advantage in maximizing the deduction.

J. Michael Pusey, CPA, MSA, is a senior tax manager with Rojas and Associates, CPAs, Los Angeles.   He has over forty years experience in tax and finance.  Mr. Pusey has written or contributed to four tax books, including an AICPA Tax Study, and a finance book.  Mr. Pusey began his career with KPMG before working nine years in “national tax” for Laventhol & Horwath and Grant Thornton. He was V.P., Assistant Tax Director, Manager of Research and Planning for a NYSE financial institution prior to beginning his practice, then joining Rojas and Associates.