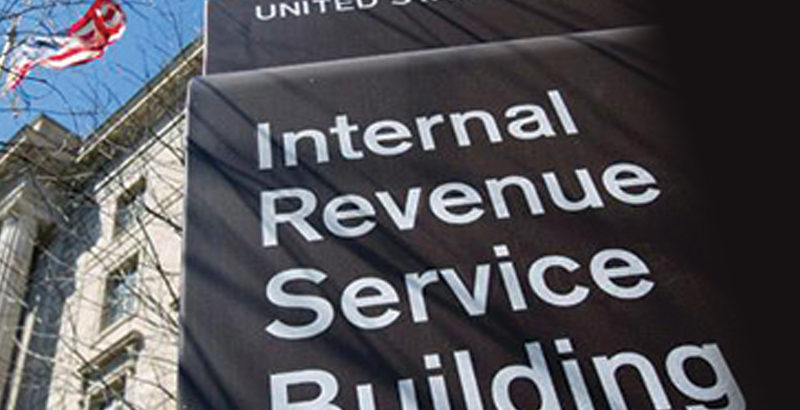 As we all know, preparing a tax return is not merely entering a few figures on various schedules and allowing the software to compute the resulting liability.

Instead, the tax prep process involves the proper application of ever-changing regulations, seeking the most favorable treatment of income and expenses to ensure that a taxpayer pays the least amount of tax legally allowable, and that the tax return can withstand the scrutiny of an examiner if selected for audit. To accomplish the task, I spend endless hours familiarizing myself with Treasury Regulations and Revenue Procedures, identifying non-conforming state rules, seeking out tax minimization strategies for low- and high-income earners, culling the mass of information, and finally presenting the most salient points in a usable and understandable format.

Filing Deadlines:  The IRS will begin accepting e-filed returns on January 23rd; California’s tax season was officially opened January 4th. This year’s federal filing deadline will be Tuesday, April 18th since Emancipation Day, the anniversary of the abolition of slavery, will be celebrated in D.C. on Monday, April 17th.  Normally the holiday is observed on April 16th but because that’s a Sunday this year, the holiday has been shifted to the Monday after.  And while state and local holidays are not usually honored by the federal government, the IRS nevertheless considers this one a federal holiday for tax-filing purposes.  With offices closed on Monday, the tax filing day is then automatically shifted to the next business day; in this case Tuesday.  Most states, including California, have opted to conform to the federal due date.

New due dates!  As per the Surface Transportation and Veterans Health Care Choice Improvement Act, the following due dates for 2016 tax returns now apply:

Foreign Account Reporting:  Taxpayers who had authority over foreign financial accounts with a combined value in excess of $10,000 at any time during 2016 must e-file FinCEN 114 by April 18th which purposely coincides with the income tax filing deadline; taxpayers who fail to comply receive an automatic 6-month extension.   Individual taxpayers, as well as corporations and partnerships beginning with the 2016 tax year, may also be required to file Form 8938 and attach it to their income tax return if the aggregate value of foreign financial assets exceeds $50K.  NOTE:  CA now conforms to FATCA reporting requirements:  Failure to attach the federal Form 8938 to the state return will result in a $10,000 state penalty in addition to any applicable federal penalties.

Free Application for Federal Student Aid (FAFSA):   In the past, the online application became available January 1st of each year and was generally required to be filed in the spring of the calendar year in which the student intends to enter college; CA schools, for example, mandated filing on or before March 2nd, 2016 for the school year which began with the Fall 2016 term.  However, for the 2017/18 academic year, the application has been available as early as October 1st, 2016 and applicants have been allowed to use income information from tax returns that have already been filed in an earlier year; thus, students (parents) may submit 2015 (rather than 2016) tax return information.

Information Returns:  In hopes of combating identity theft, the IRS  now requires that copies of W-2s issued to employees and 1099s issued to independent contractors be submitted with the accompanying Forms W-3 and 1096 by January 31st [in prior years this deadline was February 28th].  Forms 1098 issued by mortgage companies must now include the outstanding loan balance, in addition to the interest paid.

Local Business Tax:  Most cities—including the City of Los Angeles – demand that businesses be registered; the attendant tax may sometimes be waived if registration forms are timely filed (February 28th for Los Angeles).  NOTE:  In addition to sole proprietors and partners who clearly operate an ongoing enterprise, independent contractors (workers paid via 1099 rather than W-2) are deemed to be “in business” for licensing purposes.  TIP:  Some localities may require AirBnB and other short-term rental hosts to submit Business Property Statements for the purpose of assessing an annual tax on the value of personal property and fixtures used in the business.

“Permanent” Changes:  Protecting Americans from Tax Hikes Act of 2015 (PATH) was enacted in late 2015, making certain Code provisions permanent if, in fact, anything on the Hill could be considered inviolable before the next batch of legislators take control.  As a result, taxpayers have been “guaranteed”  that the American Opportunity Credit will provide a tax savings of up to $2,500/year for the first 4 years of post-secondary education; that school teachers may claim an above-the-line deduction of as much as $250/year for classroom supplies; that self-employed and business taxpayers may expense (rather than depreciate) up to $500,000/year of newly purchased equipment; that 100% of the gain on sale of §1202 Small Business Stock is excludable; that sales tax may be deducted in lieu of state and local income taxes paid.

Tax Extenders:  Some provisions were extended only for another year, others for periods ranging from two to five years.  The exclusion of mortgage debt relief was extended through December 2016 [although CA does not conform which means that residents may face a hefty state tax bill even if debt cancellation is exempt from federal taxation!!!]; generous bonus depreciation provisions were extended but will be phased out on a sliding scale between now and 2019; the deduction for qualified tuition expenses and mortgage insurance premiums, as well as energy credits for qualified home improvements, while still valid for the 2016 tax year, have now expired.

Tax Saving Strategies:  The following list of suggested tactics may serve to reduce your federal (and sometimes state) tax liability although each strategy may not yield the same result for every taxpayer.

Affordable Care Act (ACA):  Although the new Congress has threatened to repeal and replace the existing healthcare mandate, nothing concrete has yet been proposed and so “Trumpcare”, at least for the moment, remains an enigma.  While things are sure to change – maybe even retroactively to the beginning of 2017 – the provisions of the ACA as previously enacted remain in effect for the 2016 tax year.  Therefore, affected taxpayers should be aware that they may be subject to two separate penalties:

As part of the ACA, two surtaxes are levied against high-income earners.  Although the fate of these taxes now lies in the balance, they are currently in effect:

Collection Issues:  In its efforts to increase collections and pursue scofflaws, Congress has enacted various provisions.  Let’s hope that these do not affect YOU!

Miscellaneous:  Finally, here are a few issues – though only relevant to select clients – which are important to note:

Monica Haven, E.A., J.D., LL.M. is a nationally recognized speaker who eagerly embraces every opportunity to share her experience and expertise even as she maintains her California-based tax practice which serves clients throughout the nation and abroad.

For additional information, published articles and loads of useful tax information, please head for Monica’s website at www.mhaven.net including

And if that’s still not enough to entice you to explore, I encourage you to click on the happy face at the top of any page – be surprised and enjoy!