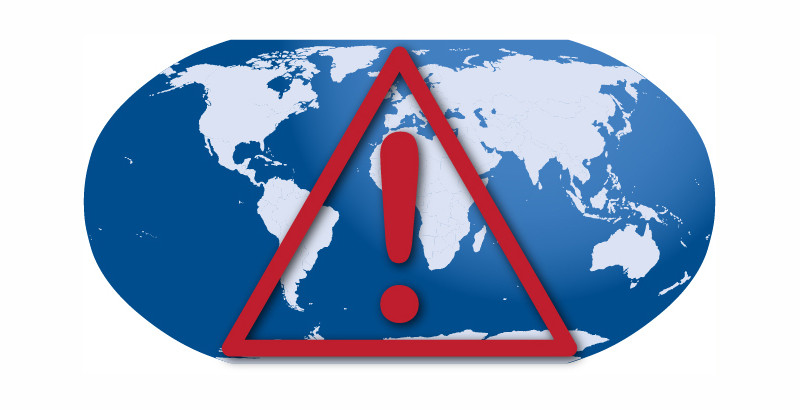 Just one day after the Oct. 15 deadline for filing personal income tax returns on extension, the Internal Revenue Service issued a strongly-worded warning to non-compliant taxpayers: take action now to fix your problem, or face serious consequences. At the same time, the IRS revealed, for the first time, that nearly 85,000 taxpayers have taken advantage of voluntary disclosure programs for unreported offshore assets over the course of the last seven years. The IRS also disclosed that it has conducted “thousands” of offshore-related civil audits of taxpayers, resulting in the payment of “tens of millions of dollars” to the U.S. Treasury.

“The groundbreaking effort around automatic reporting of foreign accounts has given us a much stronger hand in fighting tax evasion. People with undisclosed foreign accounts should carefully consider their options and use available avenues, including the offshore program and streamlined procedures, to come back into full compliance with their tax obligations.”

The IRS announced updated statistics regarding participation in its offshore voluntary disclosure programs, which have existed since 2009. More than 54,000 taxpayers have utilized the formal IRS amnesty program, called the Offshore Voluntary Disclosure Program (OVDP), paying more than $8 billion in taxes, penalties and interest to the U.S. Treasury. In addition, the newer streamlined filing compliance procedures (initiated in 2012 but not fully clarified and expanded until June 2014) have been exceedingly popular with noncompliant taxpayers. The streamlined program, which is designed for “non-willful” taxpayers, has seen more than 30,000 applicants, with two-thirds of those submissions made since June 2014 when the streamlined eligibility criteria were expanded.

These statistics demonstrate overwhelming interest in the streamlined procedures, while applications for the formal OVDP appear to be waning. Prior to announcement of the streamlined procedures, the IRS received withering criticism for the OVDP’s “one-size-fits-all” penalty structure that contained no mechanism to distinguish between individuals who had engaged in outright tax evasion and those taxpayers whose noncompliance was due to “non-willful” conduct, such as a good faith misunderstanding of the law. The streamlined program was designed to provide an alternative to the perceived harsh treatment accorded OVDP participants, and judging by the statistics announced today, it appears that the vast majority of taxpayers who have taken action in the past year have rejected the OVDP option and instead elected for streamlined treatment. Curiously absent from the recent IRS announcement is any discussion of the number of taxpayers whose streamlined applications were rejected. The streamlined program application ominously warns that taxpayers whose conduct is not genuinely “non-willful” risk being rejected from the streamlined program and subject to audit or criminal investigation. The IRS is undoubtedly scrutinizing streamlined applications in an effort to ensure that “willful” taxpayers are not able to “sneak” through the less rigorous program alternative. The IRS also has not provided any statistics regarding the number of taxpayers who have utilized the disfavored (in the eyes of the IRS) “quiet disclosure” path, although tracking such taxpayers is admittedly difficult given the nature of such disclosures.

The recent announcement by the IRS makes clear the risk to noncompliant taxpayer because of global developments regarding the automatic exchange of tax exchange now in effect. Both the Foreign Account Tax Compliance Act, which is now fully effective, and the OECD’s common reporting standard, which starts to become effective in 2016, are mechanisms to provide tax authorities throughout the world (including the U.S.) with information about taxpayers with offshore assets:

Under the Foreign Account Tax Compliance Act (FATCA) and the network of intergovernmental agreements (IGAs) between the U.S. and partner jurisdictions, automatic third-party account reporting began this year, making it less likely that offshore financial accounts will go unnoticed by the IRS.

Also, the U.S. Justice Department’s Swiss Bank program is another way in which the U.S. will obtain a significant amount of information regarding U.S. taxpayers with Swiss bank accounts:

In addition to FATCA and reporting through IGAs, the Department of Justice’s Swiss Bank Program continues to reach non-prosecution agreements with Swiss financial institutions that facilitated past non-compliance. As part of these agreements, banks provide information on potential non-compliance by U.S. taxpayers. Potential civil penalties increase substantially if U.S. taxpayers associated with participating banks wait to apply to OVDP to resolve their tax obligations.

The overwhelming success of the IRS voluntary disclosure initiatives (both OVDP and the streamlined program) is unquestionably attributable to the U.S. government’s use of a traditional “carrot and stick” approach. With OVDP and the streamlined program representing the “carrot” used to entice noncompliant taxpayers to take action and return to tax compliance, a robust enforcement agenda carried out by the IRS, working hand-in-hand with the Justice Department, represents the “stick.” Enforcement actions in this area consist of both criminal and civil proceedings. The DOJ’s Offshore Compliance Initiative proclaims that “[o]ne of the Tax Division’s top litigation priorities is combatting the serious problem of non-compliance with our tax laws by U.S. taxpayers using secret offshore bank accounts” and maintains an updated list of offshore criminal prosecutions on its website. The recent IRS announcement reveals that the IRS has conducted thousands of civil audits in this area:

Separately, based on information obtained from investigations and under the terms of settlements with foreign financial institutions, the IRS has conducted thousands of offshore-related civil audits that have produced tens of millions of dollars. The IRS has also pursued criminal charges leading to billions of dollars in criminal fines and restitutions.

Finally, while acknowledging the reality that the Internal Revenue Service has faced years of budget cuts and deep declines in its workforce (both civil revenue agents and criminal special agents), the announcement warns that the agency remains vigilant and aggressive even while resource-constrained:

The IRS remains committed to stopping offshore tax evasion wherever it occurs. Even though the IRS has faced several years of budget reductions, the agency continues to pursue cases in all parts of the world.

U.S. taxpayers with undisclosed offshore accounts or assets should well heed the warning from the IRS. With the implementation of tax exchange mechanisms such as FATCA, and other enforcement initiatives like the Swiss Bank program, the IRS has access now to far more information about the offshore activities of U.S. taxpayers than ever before. And noncompliant taxpayers who fail to take voluntary, corrective action now will surely face harsh consequences when they are invariably discovered by the IRS or other tax authorities.

Matthew D. Lee is the author of The Foreign Account Tax Compliance Act Answer Book 2015 (published by the Practising Law Institute), a definitive treatment of the due diligence, withholding, reporting, and compliance obligations imposed by FATCA on foreign financial institutions, non-financial foreign entities, and withholding agents.  For more information on this publication, please click here.

Mr. Lee is the author of The Foreign Account Tax Compliance Act Answer Book 2015 (published by the Practising Law Institute), a definitive treatment of the due diligence, withholding, reporting, and compliance obligations imposed by FATCA on foreign financial institutions, non-financial foreign entities, and withholding agents.  For more information on this publication, please click here.