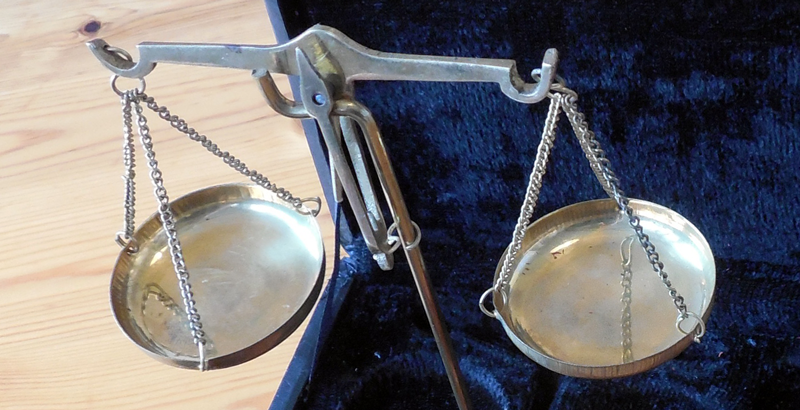 (This is the second installment of a two-part feature by J. Michael Pusey, CPA.)

Itemized Deductions Eliminated Even Though They Relate to Taxed Income

It is a rather lengthy list, items that were deductible as itemized deductions subject to being over 2% of adjusted gross income. These are no longer deductible prior to tax years ending after December 31, 2025. ((Conf. Rep., p. 273-276.))

Expenses related to earning investment or other income which includes or may include:

Under the miscellaneous itemized deduction disallowance discussion in the legislative history, there is, yes, a final section called “miscellaneous,” which includes repayments of Social Security benefits and certain repayments of income under a claim of right.

Some of the items may raise issues of interpretation. For example, is the prohibition on deducting repayments of income supposed to apply even when the income and repayment are in the same week?

Tax preparation fees are now generally disallowed. There will undoubtedly be a move to allocate some of these expenses to business and rental expenses, reasonably so. How to classify such expenses may be debated but in general they have something to do with determining “income” under our income tax system, which is arguably becoming, often, a gross receipts tax.  There are related issues, larger-dollar issues, which would arise here – legal fees in going to Tax Court, CPA fees for protests arising from long, complex IRS or state tax exams, etc. Tax preparation fees per se may also be “major” in some cases; e.g., the taxpayer with a hundred partnership interests.

The discussion of particulars could go on and on, but generally and conspicuously, there is a retreat from the concept of offsetting related expenses.

Some increase in itemized deduction thresholds doesn’t fully explain such an approach to measuring taxable income, particularly when it comes to potentially major expenses directly related to income.

The statute declares that for the exempt organization’s taxable years beginning after 2017, “unrelated business taxable income, including for purposes of determining any net operating loss deduction, shall be computed separately with respect to each such trade or business…” ((Act Section 13702 amending Section 512; Conf. Rep. p. 118.))

The basic idea is that some business activity within the charity or flow-through items from its investments doesn’t necessarily put its exempt status at risk, but there is a tax (or potential tax) to prevent unfair advantage to the charity relative to the business community. The way this new rule works seems to put charities at a relative disadvantage to individuals with the same fact pattern. We anticipate that some charities with bigger or more complex UBI situations will even consider forming a for-profit corporation to report such activities for tax purposes.

The “businesses” can sometimes be such activities as ad sales. An issue here will be identifying what is a separate trade or business; e.g., whether all ad sales are one activity, or part of a bigger activity, or whether there may be separate businesses from ad sales here or there.

The scope of the new rule is to some degree being debated; e.g., whether what is essentially an investment is subject to this particular no-offsetting rule even though the activity generates UBI.

The net operating loss aspects and details generally of this new rule are rather complicated.

On the for-profit side of the changes in these rules, the basic idea seems one of concern with “too much” rather than the nature of the activity. Providing a place for employees to park at work would hardly seem a controversial undertaking. But the result was disallowance under the 2017 Tax Act for employer-paid parking and then there was some concern with achieving parity in the exempt sector. ((See also  “A Planning Introduction to the 2017 Tax Act – Charitable Donations and Exempts,” section titled “How Did the Expense of Parking at the Homeless Shelter Become Taxable Income,” Bob Rojas, Rojas & Associates, April 2, 2018. See generally Conf. Rep., p.  119, 408, 409 as to exempts, and as to parking for for-profit employers, see Conf. Rep. p. 74, 75, 402-407. The changes are effective for expenses paid after 2017 without regard to the tax year of the employer.))

I’ve had some problem recently with my glasses lenses falling out of the frames because I rub them too vigorously in cleaning, and I blame that problem in part to reading provisions such as this.

As taxpayers and tax practitioners, we may not agree on all of the details. But there would seem to be a retreat from reasonableness and fairness in many of the new provisions, including a significant retreat from the basic concept of allowing related expenses to offset the income that is being taxed within the context of a rate structure aimed at net income, not gross receipts.

J. Michael Pusey, CPA, MSA, is a National Tax Director with Rojas and Associates, CPAs, Los Angeles.  He has over forty years experience in tax and finance.  Mr. Pusey has written or contributed to four tax books, including an AICPA Tax Study, and a finance book.  Mr. Pusey began his career with KPMG before working nine years in “national tax” for Laventhol & Horwath and Grant Thornton. He was V.P., Assistant Tax Director, Manager of Research and Planning for a NYSE financial institution prior to beginning his practice, then joining Rojas and Associates.