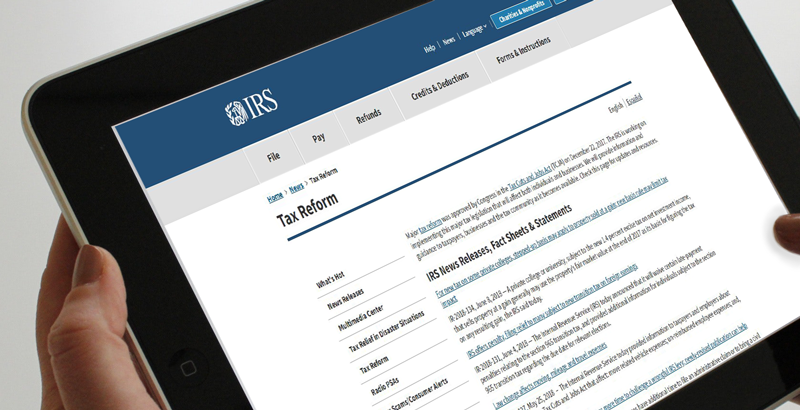 The recently signed Tax Cuts and Jobs Act brought about the most comprehensive reform to the tax code in quite some time. From tax bracket changes to deduction eliminations, there are many provisions that will impact businesses in 2018. Some of the more significant implications for clients include depreciation expenses, qualified business income and changes to itemized deduction standards.

One of the most prominent tax code changes was made to Section 168(k) regarding depreciation expenses. The legislation holds depreciation expenses at the current level until the end of 2022 after which it phases down by 20 percent each year, starting 2023 through 2026, until the deduction reaches zero in 2027. Notably, the enhanced depreciation benefits are retroactive to Sept. 27, 2017 and open to both new and used property for the first time.

Deduction caps for passenger automobiles increased substantially by the updated law with trucks and vans having slightly higher caps. Table 1, below, compares deduction limits for vehicles placed into service after Dec. 31, 2017, in the tax year ending on that same date versus the deduction rates prior to the new tax code.

The amounts in Table 1 assume 100 percent business use and, as such, would require adjustment to the actual rate of business use.  The change represents an impressive 225 percent increase in total allowable depreciation expense during the first three years of in-service use. It is worth noting that these limitations do not apply to SUVs heavier than 6,000 pounds, which are subject to the pre-legislation limits. The only change that will impact larger vehicles in Section 179 has to do with expensing, which will be indexed to inflation for tax years beginning in 2018.

Prior to the new legislation, businesses could expense assets up to $510,000, using a reduced dollar-for-dollar structure as assets placed into service exceeded $2 million. However, the update structure allows businesses to expense up to $1 million in assets in 2018 with the phase-out increasing to $2.5 million.

The new legislation will have substantial impact on businesses that use pass-through entities. The net income of commonly used pass-through entities such as partnerships, S corporations, limited liability companies and sole proprietors will be taxed at 29.6 percent, much lower than the previous 37 percent.

The law also creates a 20 percent deduction on income for pass-through entities, subject to certain limitations. Notably, the deduction only applies to “qualified business income” and cannot be claimed by taxpayers in service businesses (excluding architecture and engineering).

As far as changes in itemized deductions, the loss of the state income tax deduction is one of the most noteworthy changes. The new deduction limit on all state taxes is $10,000; however, such a low threshold effectively eliminates the deduction for many people, especially those in high tax states. The change will significantly impact taxpayers who are paying high rates in these locations:

The reduction of the alternative minimum tax also will impact taxpayers in those high tax states with the result being a reduction of tax benefits related to state income tax deductions.

The home mortgage interest deduction cap has been reduced, from $1 million to a maximum now of $750,000 for mortgages incurred after Dec. 15, 2017. The legislation also eliminates deductions for home equity loan interest; however, deductions can still be taken on home equity loans used to make home improvements. Interestingly, the $10,000 cap on state and local taxes does not apply to property taxes paid or incurred in trade or business activity (described in section 212).

Additionally, the so-called “Pease” limitation on itemized deductions has been suspended, which will impact high-income taxpayers who itemize their deductions.

The charitable contributions limit also saw an increase, to 60 percent of adjusted gross income versus the previous 50 percent. This will likely impact only the select few who give more than 50 percent of their annual income to charity, allowing them to effectively shelter that income in 2018.

Finally, a variety of miscellaneous itemized deductions that are frequently used have been eliminated by the new legislation. Non-reimbursed employee expenses have been eliminated, impacting a large swath of employees and businesses, alike. Both will need to evaluate expense structures, and businesses will need to evaluate what costs to pass on to employees who could potentially write them off personally. Employer-reimbursed expenses are not impacted by this deduction elimination.

The many changes brought about by the Tax Cuts and Jobs Act can be difficult to navigate, which is why as accountants, tax preparers, and CPAs, it is our duty to ensure clients understand what changes will impact them. Many business owners will want to set up meetings to discuss what next steps should be taken. By consulting with other fellow tax pros and sharing our cumulative wealth of knowledge, we can work effectively to minimize disruptions brought on by tax code changes. 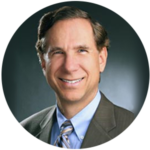 Bradford L. Hall, CPA. As the Managing Director of the Hall and Company CPAS, Brad is actively involved in all aspects of taxation, auditing, and business planning. He has over thirty years of experience in public accounting. Brad’s core strengths as an Irvine CPA are in the areas of strategic tax planning for high net worth individuals, including corporate owners and executives, closely held corporations, partnerships, LLCs, and trusts.

He has significant experience negotiating corporate sales/merger, acquisitions, and divisional spin-offs. As an Irvine CPA, Brad spends a great deal of time consulting in the area of business management, business succession planning, estate planning, and preparation of comprehensive personal financial plans. He represents clients before the IRS, FTB, and other taxing authorities. Brad started his career in 1977 with Mckeehan Hallstein & Co. in Los Angeles and later became Tax Manager of Haskell & White (formerly known as Swenson & Clark CPAs) upon moving to Orange County. He subsequently took a position as Tax Partner at Wright Ford Young & Hall where he oversaw an extensive tax and accounting practice. He left to form Hall & Company with a vision – to significantly build business value for owners and executives of companies in various industries through the use of sophisticated financial analysis.