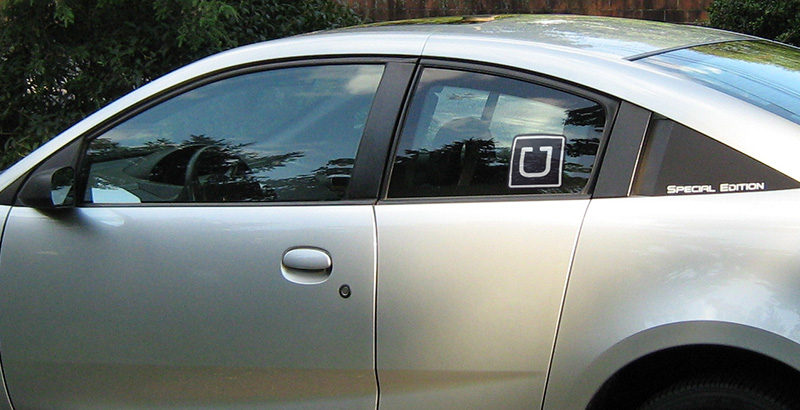 Here’s what we know and what we don’t know about business mileage deductions for drivers using ride-sharing apps working for today’s on-demand services like Uber and Lyft.

The changing definition of work is often referred to as the gig economy, the sharing economy, and the on-demand economy. For taxpayers and tax professionals, it isn’t always easy to apply traditional tax law to less clear-cut scenarios that arise in the new economy. In Part 1 of this series, we’ll explore the gray areas that on-demand drivers and their advisors are navigating. No information in this series should be construed as tax advice. Nothing is certain until the IRS issues definitive guidance.For drivers making money through ride-sharing apps in the on-demand economy, driving is the easy part.

For drivers making money through ride-sharing apps in the on-demand economy, driving is the easy part.

Many would agree, taxes are the hard part.

Currently, there’s no specific IRS guidance targeted at helping taxpayers and tax professionals apply traditional tax law to these emerging situations. Here, we’ll explore the ambiguities, and what we can expect from the IRS in the future.

What we know, and what we don’t

In June 2016, IRS Commissioner John Koskinen stated the IRS was addressing the “interesting tax situations” that the sharing economy has given rise to. In August 2016, the IRS launched a Sharing Economy Resource Center aimed at helping individuals who drive or rent property using platforms such as Uber, Lyft, Airbnb, and others. The site links to already available IRS resources but doesn’t give specific guidance on how to bridge some of the gaps between emerging, unclear tax situations and traditional law.

A few things are clear. First and foremost, drivers can deduct the miles they travel while actually collecting a fare from passengers. Uber, for one, refers to these distances as “on-trip” miles. The company documents each driver’s on-trip miles via its online platform and year-end statements.

It’s also clear that on-demand drivers can follow the existing rules for choosing the standard mileage rate or the actual expense method when they deduct their auto expenses. But, as this article will outline, on-demand drivers should be aware of some limitations of each method that they may not expect.

For business mileage deductions, where does the business start and stop?

The majority of the ambiguity that on-demand drivers are grappling with comes down to the interplay between two long-established rules:

For on-demand drivers, the safest definition of their first business stop would be the point where they pick up their first passenger for the day.

Example 1: Alex lives in a suburb of Chicago, but drives for an on-demand service in the city’s downtown. Otherwise, he has little reason to travel downtown. Alex could view his regular work location as all of downtown Chicago. If he did view it that way, once he arrives downtown and begins seeking fares, he would consider any miles driven there deductible business mileage.

When the app is on, the business may still be off

Another important point is that merely switching on the phone app that drivers use to find passengers will not convert personal travel into deductible business transportation.

Switching on the app is essentially just advertising, especially because drivers don’t have to accept rides or fares that are offered. In a sense, this is similar to another long-standing rule regarding the placement of advertising material on one’s vehicle. Simply put, attaching display material advertising a taxpayer’s business on his or her car doesn’t change the otherwise personal use to a business use.

Example 2: Using the facts from Example 1, Alex turns on the app when he leaves his house. On days when he doesn’t pick up a passenger, the portion of his trip that normally constitutes his commute won’t be deductible, despite advertising that he is available to pick up riders.

Under the business-stop rule, if a driver picks up a passenger while driving on his or her normal commute, the travel will convert to being deductible.

Example 3: Same facts as in Example 2, but halfway to his destination, Alex picks up a passenger. While his travel from his residence to the pick-up point remains nondeductible, mileage from that point forward is deductible as long as he continues to conduct business.

The driver must intend to conduct business

Miles are deductible only when drivers actually intend to conduct business. Just because the driver is at his or her regular place of business, if the driver doesn’t intend to provide any rides for compensation, all mileage would be nondeductible.

Example 4: On the weekend, Alex travels to downtown Chicago to do some personal shopping. The travel from his residence to downtown is nondeductible, and any miles he drives while downtown are also nondeductible. This is also true if he switches on the app while he’s downtown, but does not actually plan on picking up any passengers, and does not do so.

Drivers have two options to calculate their vehicle expenses

For years, the IRS took the stance that “for-hire” drivers, including taxicab operators, could not use the standard mileage rate to calculate their deductible vehicle expenses. This rule was reversed by IRS Rev. Proc. 2010-51, which became effective for business use of automobiles beginning in 2011.

Now, drivers have two options to calculate their vehicle expenses: the actual expense method or the standard mileage method.

The standard mileage method is usually better for most taxpayers, but has limitations

For most taxpayers, including on-demand drivers, the standard mileage method is probably more advantageous for calculating vehicle-related deductions. The standard mileage rate is 54 cents per mile for business miles driven in 2016, and is used in lieu of claiming actual fixed and operating costs of using the auto for business. This means the standard rate includes items such as depreciation, maintenance, repairs, tires, fuel, oil, insurance, and registration fees.

The standard mileage method does have its limits:

If taxpayers don’t use the standard mileage rate, or otherwise don’t qualify, they can deduct their actual expenses of operating the car. These expenses include:

Drivers must divide expenses between personal and business uses

If drivers use a car for personal and business purposes, they must divide the expenses between the two uses. The expenses are prorated based on the miles driven for each purpose.

Clearly, the actual expense method is much more cumbersome, because it requires tracking and substantiation of many items, in addition to division of business and personal miles.

Another disadvantage of the actual expense method is the fact that vehicles can be subject to the luxury auto limitations of §280F, which greatly reduce annual depreciation deductions for cars costing more than $15,800 and vans exceeding $17,300 in 2015.

While taxicabs are exempt from these rules, a vehicle used by an on-demand driver may not be. This is because the exemption applies only to vehicles that, because of their design, aren’t likely to be used more than a de minimis amount for personal purposes.

A vehicle used by an on-demand driver is typically an ordinary, personal-use passenger vehicle. In most cases, it’s the driver’s only vehicle. As such, these vehicles remain subject to the luxury auto limitations.

Presumably, the IRS will eventually issue formal guidance on certain situations in the future, similar to the guidance it issued in 2014, in response to uncertainty over the virtual currency Bitcoin. Until then, it’s best for taxpayers and their advisors to navigate the existing rules with common sense and a solid understanding of the existing law.

Read Taxing the Gig Economy, Part 3: The Unintended Consequences of Being a Small Business 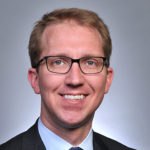