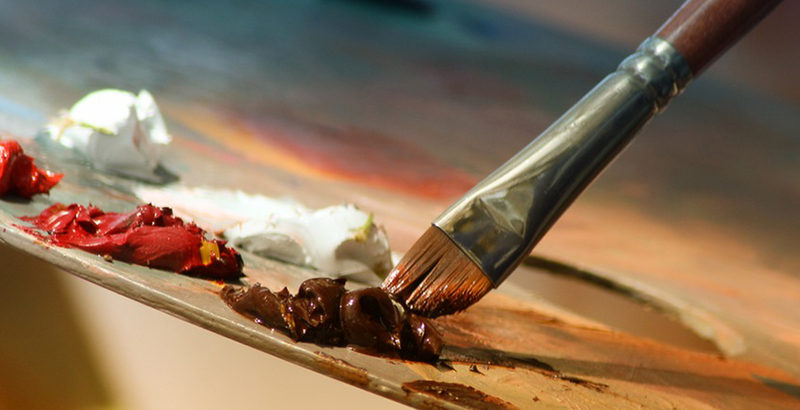 The changing definition of work is often referred to as the gig economy, the sharing economy, and the on-demand economy. For taxpayers and tax professionals, it isn’t always easy to apply traditional tax law to less clear-cut scenarios that arise in the new economy. In Part 4 of this series, we’ll discuss complications that can arise for artists and athletes who do business across state and national borders.

Consider the Rolling Stones. In 1971, the band left the U.K. for France to avoid the nearly 90 percent tax rate on individual income in the U.K. at the time. They even titled their album “Exile on Main St.” after the time they spent living in France. The album was met by unsatisfied critics and fans alike. Perhaps the group was focused more on their tax bill than on perfecting their craft.

But these concerns extend well beyond famous entertainers and professional athletes. More commonly, musicians travel across the country performing songs in bars and music festivals, artisans sell their wares online and travel to craft fairs, and athletes pursue their dreams abroad playing in international leagues.

Athletes, performers, and artisans often have several things in common

Athletes and artists like this are generally classified as participants in the gig economy, where individuals earn income from their personal skills, usually as independent contractors. Typically, these individuals:

Being highly mobile and potentially earning a lot of money in the gig economy can mean major multistate and international tax consequences.

Taxpayers performing, playing, or selling in multiple states should do their homework

There are several tax rules that athletes and artists should know about before pursuing their careers across state or national lines.

More than one state can tax earnings

How individuals should report income from their business or sole proprietorship depends on their state of residency. Generally, the state of residency is the place where individuals establish themselves and their families to make their permanent home, although residency can also be based on prolonged presence within the state. Each state has different rules for determining resident status. In most cases, the resident state will tax all income a taxpayer earns, even if he or she earns it outside the state.

When taxpayers work in a state where they don’t reside, that state (the nonresident state) will also tax the income they earn there.

Example: Jack travels from his home in Missouri to perform songs from his new album in the San Diego Bay Music Festival in California. Jack has not established a formal business for his music endeavor.

Multistate returns can be tricky. Taxpayers and their advisors should check the rules in resident states and nonresident states where individuals earn money.

If an athlete’s annual salary is a pie, some nonresident states where the athlete plays during the year may calculate in-state earnings in a special way so that they can claim a bigger piece of the pie. Generally, states with these “jock tax” laws require nonresident professional athletes to allocate their salary based on the number of days they are playing in that state. Athletes don’t pay a higher tax rate, but they will divide up the amount they make among states for tax purposes, resulting in a higher tax bill in some states.

To cover the likely income taxes owed, mandatory nonresident income tax withholding could apply to income that taxpayers earn working in other states. For example, if Jack travels to California to perform in the festival and earns more than $1,500 at the festival (or during the year), California will withhold 7 percent of his earnings of more than $1,500. Some taxpayers may qualify for exemptions that reduce the amount of withholding.

Sales & use taxes vary by state

Whether an individual owes state sales and use taxes depends on the taxpayer’s business connections with the state. Each state has specific rules for sales tax collection and payment.

Example: Maureen established her jewelry-making business in Georgia. She generally sells her jewelry by mail order and through her online craft marketplace store.

Fortunately for Maureen, she attends the trade show for only two days, and doesn’t attend any other trade shows in Massachusetts during the year. She doesn’t owe sales and use tax to Massachusetts.

If individuals sell art or other merchandise, they should research each state’s rules for sales tax collection and payment ahead of time.

Generally, state returns don’t allow for a foreign tax credit or an exclusion for foreign earned income, even if the federal return allows the exclusion, but this varies by state.

For example, California doesn’t allow for the foreign earned income exclusion or the foreign tax credit. But California does provide safe harbor rules for determining an individual’s residency, which can be helpful to nonresident taxpayers. On the other hand, Arkansas allows taxpayers to subtract foreign earned income from their federal income and allows a deduction on the state return for foreign taxes paid.

Foreign taxpayers working in the U.S. must follow specific rules

In most cases, foreign citizens working in the U.S. must file a U.S. tax return. But tax treaties sometimes provide limited exemptions.

The U.S. has tax treaties with 67 countries (not including proposed treaties) that set rules on taxation between the two countries. Under the treaties, foreign residents (not necessarily U.S. citizens) may be exempt from U.S. income tax or can claim a reduced withholding rate on certain income they make in the U.S.

While each treaty varies, most have rules specifically for artists and athletes. Generally, if athletes or artists receive more than a threshold amount, then the “source” country (generally, where the payer is located) can tax the income. If the income is below the threshold, the income is exempt from source-country tax.

Some treaties don’t specifically address artists and athletes, but these individuals may instead qualify for exemption from tax in the U.S. or another country under the “Personal Services” or “Independent Personal Services” articles of a tax treaty, if available.

Example: The U.S.-Greece Tax Treaty has an article applying to personal services performed in the country, including playing for a sports team or playing a gig with a band.  If Sven comes to the U.S. from Greece to play basketball, he can exclude income from U.S. tax if he is in the U.S. for less than 183 days during the tax year, and either a Greek entity pays him or he makes less than $10,000 during the year.

All nonresident taxpayers working in the U.S. should still file Form 1040NR to report the income they earned in the U.S. and to claim the treaty benefit, if required to do so.

Takeaways for athletes and artists

People who travel to different states and countries to sell, play, or perform will benefit from researching the rules ahead of time to avoid potential tax complications and get the most out of their time and money.

Here’s a summary of tips:

Read Taxing the Gig Economy, Part 3: The Unintended Consequences of Being a Small Business

Brittany Benson, JD, is a tax research analyst at The Tax Institute. Brittany specializes in the issues that affect Native American, international, and ministerial taxpayers.