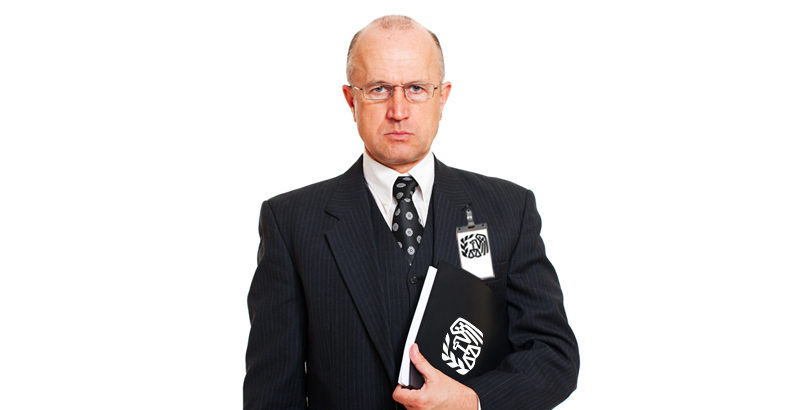 In Part I of this series, we reviewed the IRS audit rules under the Tax Equity and Fiscal Responsibility Act of 1982 (“TEFRA”), and contrasted the TEFRA rules with those in the newly-enacted Bipartisan Budget Act of 2015 (“BBA”). In Part II, we consider the Treasury Department’s (“Treasury”) proposed (now- withdrawn) regulations, and what to expect from the new administration regarding the BBA regime.

The IRS released the highly-anticipated proposed regulations for the new partnership audit regime on January 18, 2017.  Before tax practitioners could fully digest the 200-plus page proposal, the new administration withdrew the regulations on January 20 as part of its moratorium on all federal rulemaking.  While tax planners and partnerships may fret about the need to act without firm Treasury guidance, the statute and the terms in the withdrawn regulations should provide practitioners a road map to begin working with clients to amend agreements and prepare for the new audit regime.

Congress overhauled the rules for IRS audits of entities taxed as partnerships as part of the BBA, its budget package in 2015.  The BBA eliminated the inefficient TEFRA rules, and replaced them with a regime that shifted most of the audit burden from the IRS to the partnership.1 Though the BBA brought about significant change, many of the statutory provisions were left open to Treasury interpretation.

Practitioners submitted numerous comments to Treasury officials, voicing concerns and making various suggestions.  Given the role assigned to Treasury to develop key provisions for the new regime, many practitioners felt it best to wait to discuss these changes with clients until Treasury released guidance. Other advisors saw the complexity and the impact the new rules have on the economics of a partnership’s agreement, and began looking at where and how partnerships can amend their agreements immediately.  As 2016 ended and Treasury issued only a fraction of the necessary proposed regulations, concern spread in both camps that final regulations may not be issued before the effective date of January 1, 2018.

A lot of activity took place at the corner of 16th and Pennsylvania Avenue the week of January 16th. Less than two days before a new family moved into the White House, officials in the Treasury building pushed out a voluminous proposed BBA regulation package.  The proposed regulations finally gave practitioners a glimpse into how Treasury sought to administer this complex regime.

The proposed regulations address the scope of the centralized partnership audit regime and provide rules for (i) electing out of the new regime, (ii) filing administrative adjustment requests, and (iii) determining the amounts owed by the partnership or its partners after an examination. The rules also address the role of the partnership representative (the replacement for the Tax Matters Partner under TEFRA) and provide other definitions. The IRS’ summary to the proposed regulations makes it clear that the centralized regime is broad in scope.  The BBA rules are intended to “increase the ability of the IRS to audit large partnerships” and “increase the number of partnership audits” for both partnerships subject to the new rules and those that opt-out.  To streamline the partnership audit process, the IRS has shifted much of the administrative burden of TEFRA to taxpayers.

Key features addressed in the proposed regulations include the following:

The preamble states that the regulations reserve on this issue, but points to the Tax Technical Corrections Act of 2016 (not enacted) that would have addressed this issue.

Though practitioners felt frustrated by some of the “IRS-friendly” provisions, most were glad to finally receive guidance. Treasury stated that public comments on the proposed regulations are due April 18, 2017, with a public hearing scheduled for May 19, 2017.  Assuming Treasury issued the final regulations by late summer or early fall, practitioners would have little time to amend partnership agreements before January 1, 2018.

Shortly after President Trump took the oath of office, White House Chief of Staff Reince Priebus instructed all executive department and agency heads to withdraw any regulations submitted to the Office of the Federal Register but not yet published.  The BBA proposed regulations fell squarely within this pool.  Consequently, the proposed BBA regulations issued on January 18 were nullified, leaving the rules to be dealt with later.

Practitioners and partnerships are left scratching their heads wondering how best to proceed.  We believe that practitioners have a duty to alert their partnership clients to these rule changes now.  The statute provides sufficient information for clients to begin making significant decisions, including who will serve as partnership representative and what notices the partnership representative must provide to other partners.  Moreover, Treasury clearly showed its hand in the proposed regulations.  Treasury followed Congress’s lead in shifting the audit burden to the taxpayer as few of the provisions in the proposed regulations came back “taxpayer-friendly”.  The new administration may decide to adjust the January 18 proposed regulations, but it’s unlikely that they will completely overhaul them, especially given the race against the clock to have them issued.  It would be administratively difficult for both taxpayers and the IRS to apply the BBA rules without final regulations.  With the procedural requirements for comments and hearings, very little time is left to make substantial changes before re- issuing the proposed regulations.

1 See Part I for a detailed explanation of TEFRA and the BBA.

Read The IRS is Coming: How to Prepare for the New IRS Partnership Audit Regime Part 1

Travis Austin Greaves is a tax attorney in Washington, D.C. Mr. Greaves concentrates his practice on federal and state civil and criminal tax controversies. He represents individuals, partnerships, and corporations through all stages of tax investigations and litigation, including voluntary disclosures, audits and examinations, audit reconsiderations, and negotiated resolutions with the IRS. In addition, Mr. Greaves is an Adjunct Professor at Georgetown University Law Center, where he has taught tax controversy courses. Mr. Greaves served as the Tax and Economic Policy Advisor to Louisiana Governor Bobby Jindal; practiced in the tax group of a major international law rm; and served as an Attorney Advisor at the United States Tax Court. You can contact Mr. Greaves via email at travis.greaves@gmail.com or by phone at 202-412-0019.

Joshua Wu is a tax attorney in Washington, D.C. A primary focus of Mr. Wu’s practice is helping startup companies, mid- size businesses, and individual clients remain in compliance with U.S. tax laws, as well as guiding clients on appropriate procedures to reduce their tax burdens. Mr. Wu represents clients in an array of tax controversies and tax litigation matters before the Internal Revenue Service (IRS), the U.S. Tax Court, the U.S. Court of Federal Claims, and the U.S. Court of Appeals for the Federal Circuit. With considerable experience handling multijurisdictional investigations, Mr. Wu regularly works with foreign companies, trusts, and advisors to resolve inbound U.S. tax and reporting issues. Heavily involved in the D.C. metro area startup community, Mr. Wu works with angel investors and coworking spaces to assist emerging companies implement business practices and legal structures to facilitate their growth and access to funding. You can contact Mr. Wu via email at josh.wu@gmail.com or by phone at 571-294-3850.
Say something about this...