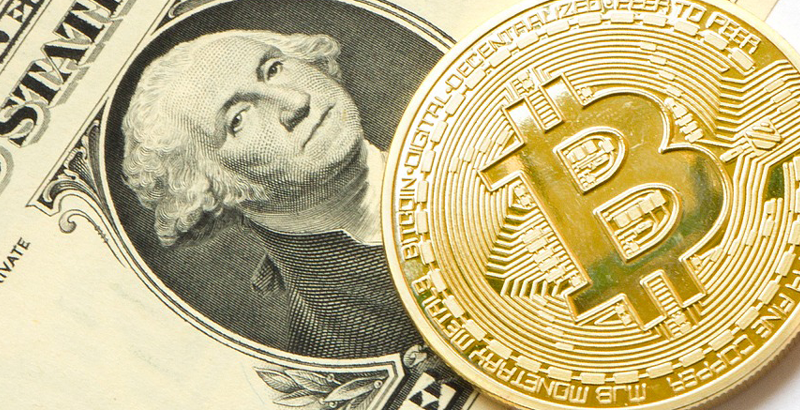 On October 31, 2008, Bitcoin (for the purposes of this article, and unless otherwise indicated, BTC will stand for all these virtual currencies) was created by person or persons unknown masquerading as Satoshi Nakamoto.  An extensive Wikipedia article documents most of the information on BTC (https://en.wikipedia.org/wiki/bitcoin, references 15, 16 and 17).  However, the field of BTC is changing daily, and becoming even more complex as it grows.

Many writers have likened bitcoin to the Wild West. As it was in those times, there are robbers, fraudsters, Ponzi schemes, embezzlement, and little to no regulation.  So, strap on your six-guns or Henley rifle before you wander into this world.  Or perhaps you should wait until some law enforcement enters the scene.

BTC is the most popular cryptocurrency; Wikipedia currently lists 24 cryptocurrencies.  The dictionary definition of a “cryptocurrency (or crypto currency) is a digital asset designed to work as a medium of exchange using cryptography to secure the transactions and to control the creation of additional units of the currency. Cryptocurrencies are a subset of alternative currencies, or specifically of digital currencies.” (https://en.wikipedia.org/wiki/cryptocurrency)

Additionally, “Bitcoin appeals to those who do not trust banks or other financial institutions, who want to make quick, irrevocable transfers without paying for currency conversion, or who value privacy. (http://money.cnn.com/2013/03/28/investing/bitcoin-cyprus/index.html?iid=HP_LN) The supply of bitcoins is limited and controlled by an algorithm. (http://www.americanbanker.com/bankthink/how-cryptocurrencies-could-upend-banks-monetary-role-1057597-1.html). Unlike government-backed currency, no central authority can devalue bitcoins by printing more.”

Two years ago, I was asked to comment on bitcoin and virtual currency, especially as it refers to IRS Notice 2014-21.  At that time, I declined to write anything on the issue.  Another member of the press called me and I told them basically what the IRS notice said.  Per IRS Notice 2014-21, issued March 25, 2014, virtual currencies such as Bitcoin are treated as an asset, specifically investment property like stocks and bonds, and not as a currency.  Sale of the investment property (bitcoin) can lead to a gain or loss, as can the exchange of goods or services for other goods or services.  The transaction or exchange of ownership of the assets or services involved triggers the taxable event.  The fair market value of the goods or services is recorded on the transaction date when the BTCs are received by the service provider or seller of goods.

On November 1, 2016, the IRS reaffirmed IRS Notice 2014-21 with essentially no additional advice.  Payments of wages by bitcoins are subject to the same rules and regulations relating to withholding of federal tax, state tax, FICA, and payments of federal and state unemployment tax.

BTC is monitored, and beginning, ending, and average numbers can be generated for any specific date.  This information may be important in determining the fair market value of the BTCs exchanged for goods and services, or the basis of property acquired though death, gift, or exchange.

Payments to corporations (S or C) in BTC may require the issuance of 1099 for 12 different types of corporate entities.   Payments to corporations which require Form 1099 filing include payments of attorney’s fees or gross proceeds paid to attorneys, if federal income tax or foreign tax is withheld, medical and health care payments, etc.  Please see the instructions for Form 1099 for more information.

Remember that a 1099-MISC with an amount in Box 7—non-employee compensation—must be issued and filed with IRS by January 31, in paper or electronically-filed formats.  Penalties for non-filing Forms 1099 can be as high as $530 (intentional disregard) for both the IRS copy and the payee copy.  Not filing Forms 1099 when workers are reclassified as W-2 employees eliminates any qualifications for safe harbor treatment, severely increasing the penalties to bankruptcy levels for most small businesses.

Whenever a business pays an unincorporated entity (or certain incorporated entities) for services in the course of its business activity, both a Form 1099 and Form W-9 are required.  Generally, you must obtain a Taxpayer Identification Number (TIN) from a payee even for a “one-time” transaction or you may be penalized.  IRS suggests that you use Form W-9 to request TIN.  You must make three TIN requests to avoid a penalty – an initial request prior to payment, a first annual request (end of the year of payment), and a second annual request (one year after the first request).

Without a TIN, the business payor must withhold 20% federal income tax.  Rental properties are not considered businesses for purpose of issuing a Form 1099.  See Publication 1281, Backup Withholding for Missing and Incorrect Name/TINs, for more information.

Bitcoin is not necessarily a “foreign” currency required to be reported on the FBAR (FinCEN Form 114, Report of Foreign Bank and Financial Accounts); however, if the BTC account is held in a foreign country, reporting will be required.  For a more comprehensive description of convertible virtual currencies to date, see Financial Crimes Enforcement Network (FinCEN) Guidance on the Application of

Taxpayers can make money “mining” bitcoins.  Mining bitcoins is a process of individuals or companies using their computers to validate bitcoin transactions.  If a taxpayer earns money by mining bitcoins, the fair market value of the bitcoins becomes taxable income on the date received.  IRS Notice 2014-21 says that bitcoin mining rises to the level of a trade or business reportable on a Schedule C if the business is carried on to make a profit.  IRS Notice 2014-21 references FS-2007-18, April 2007, “Business or Hobby?” cautioning taxpayers to determine whether their bitcoin mining is a business or a hobby, further complicating an already complex issue.

How do bitcoins work?

The blockchain is a public ledger that records bitcoin transactions (The Economist, October 31, 2015).  Peer to peer networks running bitcoin software maintain the integrity of transactions without any central authority.  Approximately six times per hour, a new group of accepted transactions, called a block, is created and added to the blockchain and published to all nodes.  As of November, 2016, a local copy of the blockchain is over 80 GB.  Anyone with a full local copy is known as a full client, while those who access an online full client are referred to as lightweight clients.

Virtual wallets can be online wallets held by internet services or on your local computer and are vulnerable to hacking and embezzlement.

Bitcoins can be bought and sold via online exchanges.  On April 28, 2013, Ian Steadman, writing for Wired, reported that 45% of exchanges fail, and take client bitcoins with them.  Since that time exchanges provide proof of reserves to provide safety for users.

Over 100,000 retailers take bitcoin as a form of payment.  When you pay with bitcoins, often the fees are as low as 0%, and never go over 2%.  In contrast credit card transaction fees are often over 2%.  Bitcoin can be a cheaper way to accept money when cash or check cannot be used reliably.

Bitcoins are the preferred medium of exchange for ransomware users.  Ransomware, such as Cryptolocker, spreads through legitimate looking email attachments, encrypts the hard drive of the computer.  When you click on the legitimate looking attachment, the malware launches and infects your computer.

All offices need to adopt a no-click policy when it comes to email attachments to prevent this computer infection.  The ransom for de-encrypting an infected hard drive is paid through untraceable bitcoins, which is preferred by the intelligent cyber felon.

Another interesting item was recently reported on page 2 of the December 2016 issue of the National Association of State Boards of Accountancy (NASBA) newsletter.  The Australian Accounting Standards Board (AASB) is calling for clear guidance on how to deal with digital currencies such as bitcoin.  AASB recently released a paper explaining why digital currencies require the attention of standard setters.

“Digital Currency—A Case for Standard Setting Activity” has stimulated NASBA Technical Research Director Nigyar Mamedova to report that the need for accounting and auditing standards for digital assets was presented at the International Auditing and Assurance Standards Board (IAASB) meeting on December 6, 2016.

While many enjoy the privacy afforded by digital currency, aka virtual currency, such as bitcoin, this also makes it attractive to the criminal community – all the more reason a system of tracking digital currency is vital in this day and age.

Alfred Giovetti, immediate past president of NSA, is a principal at Giovetti and Giovetti Certified Public Accountants in Catonsville, Md., a full-service, small CPA firm he founded in 1992. He has been self-employed as an accountant since 1982. During this time he has worked as a lecturer and adjunct professor at local community colleges and the University of Maryland. Active in the industry, Giovetti has served on numerous state and national committees and presented at numerous organizational events including the Internal Revenue Service, Small Business Administration, Accreditation Council on Accountancy and Taxation, National Association of Accountants, Maryland Society of Accountants and NSA.