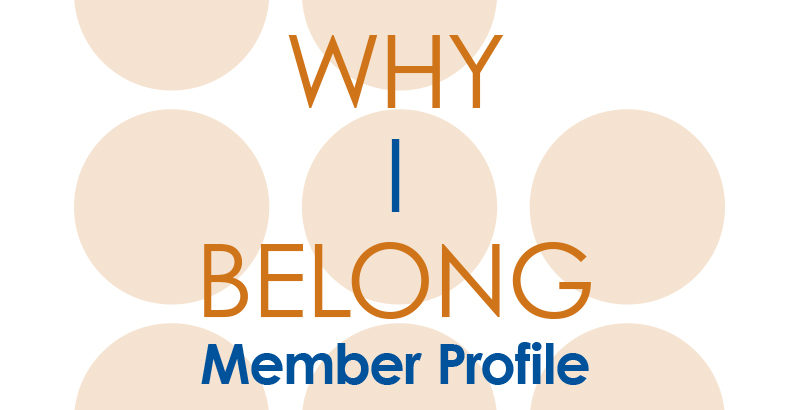 In this issue, we profile member Vicki McGuar, owner of McGuar Accounting Service, a leader and mentor in the National Society of Accountants community for 40 years.

Marie Curie, the famed physicist and chemist who was a pioneer in the study of radiation, once said:  “You cannot hope to build a better world without improving the individuals. To that end, each of us must work for our own improvement and, at the same time, share a general responsibility for all humanity, our particular duty being to aid those to whom we think we can be most useful.”

This type of thinking is the driving force behind many NSA members who give their time to assist others, strengthen the Society and further improve themselves.

Vicki McGuar is one of those unique individuals who joined the National Society of Accountants (NSA) as a student. More than 40 years later, she is still an active member of the Society, a leader among leaders, and a major contributor at both the local and national levels.

Her journey from student member to active leader is an inspiration for others. Here is her story.

Why I joined NSA

“I come from an accounting family—my father was an accountant, my brother was a CPA—so this career field is in my blood.”

Vicki joined  NSA in 1976 as a student working in her father’s practice. She was so impressed with what NSA had to offerstudents that she became involved in the Affiliated State Organization (ASO)  immediately and attended the NSA national convention.

“There were mentorship opportunities with big practices and I wanted to emulate their professionalism, so I took time to listen and learn.” Vicki said. “I attended the national NSA conventions with my father,  joined sessions and networked with others. I still remember those meetings for the excitement of attending, the connections made and the information learned.”

One particular area of interest that Vicki credits as being helpful to her in her career—and life in general—were the NSA seminars and workshops on various practice management emphasizing how to give presentations and how to give speeches. Public speaking and presentation skills weren’t part of her accounting coursework. “I wanted to learn how to be an effective speaker and presenter,” she said. “Those workshops were such an immense support, because I found that I use those skills which enhanced my accounting skills. From presentations to our clients to speeches and presentations at NSA functions, I use those skills.”

Why do you continue to be an NSA member?

“Everyone has different reasons for joining or being active. And, their experiences will be different.  But for each of us, I would think that one of the strongest reason is the connections you make—the interaction you get with your peers. I didn’t feel that I was out there swimming alone. I could called any of the members in my state—or nationally—that I met through NSA for help or assistance.”

For Vicki, this support system proved vital when her father passed away suddenly and left her running the family business at an early age.

“When my father died in 1987, having NSA as my support system was vital. Shortly after his death, I had to speak to my company’s largest client and justify why they should retain our services. NSA helped me to stand on my feet, be a professional, and give the speech to this bold group so that I could show that I was knowledgeable, competent and skilled to keep their business.”

Started by her father in 1965, McGuar Accounting Service has developed into an agency that completes 1400 returns per year and has 25 monthly clients, 15 of which are payroll and the rest are supported through financial reports, quarterly reports and related accounting services.

“We still have some original clients and we regard all of our clients as family,” Vicki noted. “But it is a business and our clients expect high-quality, accurate service, which is what we provide.”

What NSA product or service do you value most?

“The annual convention. I have not missed a convention in the 40 years I have been a member. I appreciate the networking that I can get and the interaction I have with members. Through the convention, I met fellow members that I know—by face and name—and I can reach out to them if I have questions or need assistance.”

For Vicki and her family, the NSA Conventions also served as an opportunity for a family vacation. “It was exciting, because we got to go to and see places we might never have gone to otherwise. Our family even teamed with fellow NSA members including Joan LeValley, Donny Woods and his wife Susan, and various others, which made the trips even more exciting.”

“I always learn something through the convention—such as management, technology and SSARS development—that you won’t get through the local level, but you can get at the national level.”

What value-added benefit do you feel your NSA membership offers?

“The educational sessions that tie into the certification and accreditation programs I feel are a great value to the members.”

Vicki has a number of professional designations, which she began when the Accreditation Council for Accountancy and Taxation (ACAT) was formed.“I started doing the Enrolled Agent (EA) exam and ACAT exam. I then moved on to the Accredited Tax Preparer (ATP) and received the highest score on the exam for that year, which was a great achievement since I don’t feel I test well. I continued on and earned an Accredited Business Accountant/Advisor (ABA) designation.”

What is the biggest change you have seen in NSA—and your field—over the years?

“When I first started out as a student member, and then becoming a young member, there were not many women in the profession. So, when I attended the NSA conventions, very few women were there in attendance. It reflected the field. Today, there are more women than ever before and I think this trend will keep growing.”

Interestingly, according to the Journal of Accountancy, by 1951 there were approximately 500 female certified public accountants. Yet, according to a recent study by the American Institute of CPA’s, “2015 Trends: In the Supply of Accounting Graduates and the Demand for Public Accounting Recruits,” 63% of all accountants and auditors in the United States are women.

“I can’t stress enough that it is the connections made through NSA that is the most beneficial. And those connections have helped guide me through my career.”

Vicki points out that NSA helps professionals at all different stages in their career—from the student, to the young professional, to the seasoned professional. And she credits NSA membership as being equally helpful for those who own or work for small agencies as well as large agencies.

“NSA has helped because we stay informed of changes on the state level and as well as national. That’s a nice one-stop feature to getting all the information we need to stay current on issues affecting our field.”

Being active in NSA was a large part of Vicki’s professional growth. She has served as Chairperson on nearly 20 Committees and is currently serving on the Awards, Membership and History Committees. Additionally, she was elected to and served four years as the District V Governor on the NSA Board of Governors.

“Early on, I was appointed to a number of council and chair positions that helped me to be active as well as learn and interact with fellow members. And the leadership experience I gained through these opportunities has helped me grow both personally and professionally.”

What advice would you give New Members to get the most out of their membership?

“I was taught by example that to take on a challenging office in our profession new members—or even current uninvolved members—would benefit most by starting with involvement in chapter activities, working through their State organization, and then move on to assume duties at the National level.”

Vicki often gets asked to recommend or suggest new members and others for specific tasks, committees and action items. “It’s important that we at the local level share with national those individuals who have a talent or interest in certain areas—such as legislation—to get members involved.”

But Vicki is quick to point out that only 30 percent of NSA members are members of an affiliated state organization (ASO).  Since NSA membership is not tied to state membership, volunteers who are not members or active in an ASO can still participate on the national level.

“I’d recommend that new members get involved immediately, even in the most modest of committees so they can ease into getting involved, getting to know NSA, its leaders, other members, and then become more involved in actually doing things. There is always a committee that needs help. All you need to do is ask. And all members can come to the leadership seminar to learn more about getting involved.”

The difficult part, according to Vicki, is finding time to be an active volunteer—especially if you are running your own small business.

“I run a small business and have to be in my practice every day to keep it active. If I can find time to be active and take on 20 leadership roles, others can as well. In addition to improving your own professional development, it’s about giving back.”

“I am very fortunate that NSA and its members have given me so much. I want to give back like others who gave to me. I’m hoping more NSA members feel the same way. It’s now up to us to help mentor new members coming because they are our future.”