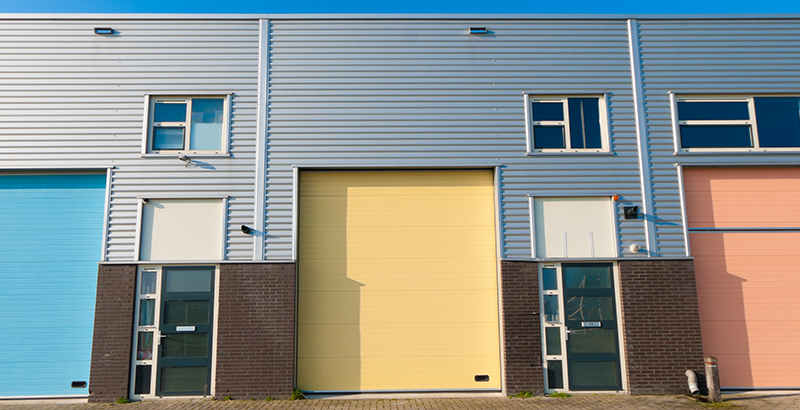 Let’s assume a closely held C corporation that ran a profitable family business is winding down. The two family members that co-own the corporation plan to discontinue the business rather than sell it as a continuing enterprise. There is a net operating loss (NOL) carryover. There is low-basis, high-value real estate inside the corporation, and this represents the bulk of the assets.

We’ll use this down-the-road scenario of a corporation’s life as something of a lesson in why it is so often advised that real estate be kept outside of the closely held corporation. If the real estate is used by the closely held corporation, it pays reasonable rental to the individuals or family partnership or LLC that own the realty. This keeps the realty outside of corporate solution with its potential for double taxation – taxation at the corporate and shareholder levels.

This is the classic double-taxation problem with C corporations.

One generally has to keep an eye on the accumulated earnings tax or personal holding company issues if the closely held C corporation shifts into more of a passive rental mode. The accumulated earnings and personal holding company taxes are mutually exclusive; one doesn’t have them both in the same year. These potential problems may well be manageable.

Generally the NOL should be available to offset future rental income. It is likely that there would be positive taxable income before the deduction for the NOL given our low-basis premise. The plan might be to use the NOL carryover against future rental income and then consider liquidation after the NOL is absorbed.

If the C corporation made an installment sale of the building and then liquidated, the remaining installment gain would be triggered into income at the corporate level. ((Section 453B(a). Liquidating a corporation is not among the scenarios given relief in Regs. 1.453-9.))

There is still the double taxation problem.

Even if there is a death of a shareholder, any step-up would lodge in such shareholder’s tock and not flow-through to step up basis on the low-basis building inside the corporation.

There is a penalty tax that can apply if the C corporation converting to an S has accumulated earnings and gross receipts where more than 25% is passive investment income. ((Section 1375.)) For this purpose, gross receipts include not only interest income, which might be significant in the early years if there is an installment sale, as well as rents. The former C corporation converting to an S can be subject to the built-in gains tax of Section 1374, and gain subject to the built-in gains tax doesn’t count as passive income for purposes of this penalty tax. ((Section 1375(b)(4).)) If the corporation has more than three years where the penalty tax applies, the S election is terminated and the corporation back to C corporation status. ((Section 1362(d)(3).)) One planning scenario to avoid the penalty tax under Section 1375 would be to pay sufficient taxable dividends to avoid accumulated earnings and profits which would avoid this penalty tax.

If a C corporation has an NOL carryover and converts to an S corporation, the NOL doesn’t benefit the former C corporation in so far as regular income tax because the S election flows income through to the shareholders. ((One of the complications we’ll not examine is the owners electing Subchapter S for a time, and then eventually reverting back to a C corporation.)) On the other hand, the NOL carryover that arose from the entity’s time as a C corporation should be available to reduce the built-in gains tax.

One plan here might be to remain a C corporation for a time and use the NOL against rental income, then elect S corporation status, then still avoid a sale of the building during the five-year “recognition period” under Section 1374. If you convert to an S and just don’t sell during the five-year recognition period, the built-in gains tax is avoided. But it would be a long-term, rather laborious plan needed to avoid a corporate level tax and have the gain only flowing through to the S shareholders, and such a scenario may hardly be consistent with the differing goals of our two shareholders given the corporation is discontinuing its active business.

We could also presume the building is sold by the C corporation that elects installment reporting then elects Subchapter S. It would appear that if the C corporation elects S status, the S election wouldn’t per se trigger the deferred gain into income; i.e., the S election is a different scenario that liquidating the corporation. It would appear that the installment gain that arose in C corporation years but is reportable in the S corporation years would still be subject to the built-in gains tax. In these circumstances, the regulations that stretch the normal five-year built-in gains period may also apply. Also, you don’t get around this problem by liquidating the corporation.

In general, the double taxation problem for appreciation arising in C corporation years is difficult to avoid, particularly if the taxpayers really want to wind down the entity.

The Owners Just Sell the Stock

A buyer who just wants the building may consider buying the stock as a first step to direct ownership of the building, or may be content to keep the building inside the corporation.

The tax issues with this approach to the buyer focus on preserving two potential benefits under Section 382; i.e., the NOL carryover isn’t just disallowed because there is a new owner but there are NOL limitations.

One of the potential benefits is that the new buyer of the stock may benefit from the corporation’s NOL carryover even without continuity of business enterprise to the extent of built-in gains realized during the first five years. ((Section 338(h).)) Note that while the terms have some similarity, we’re focusing on Section 382 and are not discussing the built-in gains tax that arises under Section 1374 in a Subchapter S context. Among the many complications with these rules is measuring the level of built-in gains (appreciation) at the time of new ownership.

Another potential benefit under these rules is that the new buyer(s) gain some additional measured access to the net operating loss carryover if there is continuity of business enterprise. ((Section 382(c)’.)) The complexities here include whether discontinuing the operating business and renting the building can qualify under the continuity of business enterprise rules, and details of computation that include measuring the value of the loss corporation. ((Section 382(b).)) This particular benefit is not limited to the first five years.

The gain arising at the corporation level can arise from an actual sale or an election by the buyer to treat the stock purchase as an asset purchase under Section 338.
These are basically the buyer’s issues if the sellers just sell their stock. The sellers will also need some perspective on these issues in planning tax strategy and bargaining with someone who might buy the stock to gain the building.

There are myriad other issues, including state taxes, property tax planning, passive loss issues and estate planning for the principals. Some of the issues that we note here in a single sentence could be articles. The issues are complex, more so because of building is owned by the C corporation.

In general the owners of the C corporation, when it comes time to wind down the business, would have been better off had they kept the realty outside of the corporation.

J. Michael Pusey, CPA, MSA, is a senior tax manager with Rojas and Associates, CPAs, Los Angeles.   He has over forty years experience in tax and finance.  Mr. Pusey has written or contributed to four tax books, including an AICPA Tax Study, and a finance book.  Mr. Pusey began his career with KPMG before working nine years in “national tax” for Laventhol & Horwath and Grant Thornton. He was V.P., Assistant Tax Director, Manager of Research and Planning for a NYSE financial institution prior to beginning his practice, then joining Rojas and Associates.