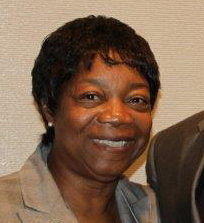 The summit was hosted by IRS Commissioner John Koskinen, who convened the summit to discuss three key topics:

Forty people from nonprofit and for-profit organizations were invited to participate in the two-day summit. It was co-chaired by Ken Corbin, the IRS Director, Return Integrity and Compliance Services and Debra Holland, Commissioner of the IRS Services and Enforcement Wage and Investment Division.

“The forum was effective in letting tax preparers know what the IRS needs for this program and offering us an opportunity to give suggestions,” Buchanan said. “I suggested asking employers to furnish EITC information with W-2 forms, which could serve as a reminder to low-income employees below the filing requirement to apply for the credit. Colleges and universities are also great sources to disseminate EITC information.”

The EITC program, which generates 2.7 million claims per year, is designed to help lift poor people out of poverty by providing tax credits based on their level of earned income, number of dependents, and other factors.

To reduce EITC program overclaims, solutions such as requiring that W-2 and 1099 forms be submitted by January 30 and delaying EITC payments until mid-February were discussed. This would allow duplicate claims (such as those sometimes submitted by two people claiming credit for the same dependent child) to be detected before payments are made. A pre-certification program for taxpayers eligible for EITC payments was also mentioned.

“Many homeless people who do sporadic work may be eligible for the program, but it is challenging to track them,” Buchanan observed. She said the IRS trying to find ways to reach them and also help prevent people from becoming homeless by including them in the EITC program.

The National Disability Institute participated in the summit and offered suggestions on how to more effectively communicate the program to disable individuals. For example, the group noted that the availability of additional deaf tax preparers, that could help deaf people file the returns needed for them to get benefits they are entitled to.

The IRS encouraged people to send any suggestions about the EITC program to eitcsummit@irs.gov.